As I was working on my last game, GlideWords, it struck me that the recent “Daily Puzzle” craze has really been focused on word games, leaving math nerds with few options to compete. Looking further back, even common number puzzles like 2048, griddlers, or traditional sudoku are more about patterns than actual math.

and so, an idea slowly formed, that would become PrimalPairs.

The idea behind PrimalPairs is simple. You are given a large prime number, a current total, which starts at zero, and a series of small prime operands. Each operand can be added to, subtracted from, multiplied with or divided from the current total, to change its value. The goal is to make the current total match the large prime in as few moves as possible. 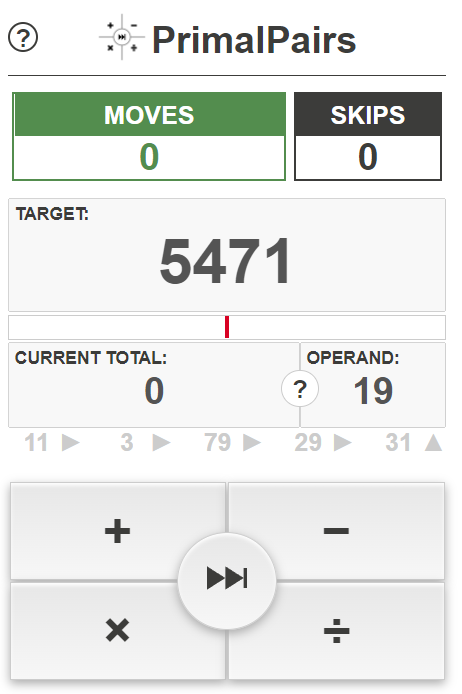 A few more things to know