As a developer who sometimes dabbles in designs, I can’t even begin to describe how sick I am of rectangles. Because of the limitations of CSS, almost everything in websites is wrapped in a rectangle that is wrapped in other rectangles. Even designs that incorporate circular images and content wrappers align them in rectangular grids. The css clip-path property will help somewhat, allowing rectangles to be masked into other shapes, but the fundamental grid remains rectangular. Until now.

I set myself a challenge this week, to implement a non-rectangular, responsive, tessellating grid in CSS, with as little JavaScript involved as possible. Because I wanted something achievable (simple shape, not requiring multiple alternating shapes or changes in orientation), and because I like honeycombs, I decided to start with Hexagons.

The first challenge was making the hexagon shaped cell. There are a few different ways to do this, each with their own strengths and shortcomings: 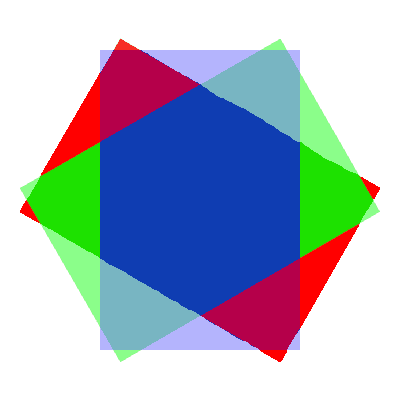 Next, I used flex-wrap and justify-content to break the hexagonal cells into rows, and used negative margins to overlap the rows as needed.

Then I needed to offset odd and even rows, to line up the honeycomb. Since there is no way to target specific rows of wrapped content, using CSS, I wrote a small javascript snippet that identifies the odd and even rows, and shifts them left and right, accordingly, to make the grid line up (using a class added to each cell). For a non-responsive honeycomb, you could simply add the classes manually and not add the JavaScript, but I wanted to be able to match the width of the viewport.

So, Here is the finished demo (built with SCSS and PUG for simpler markup):

Unfortunately, there are a few caveats still associated with this grid.

If you use this layout on a site, or figure out a neat way to extend it, let me know in the comments below!